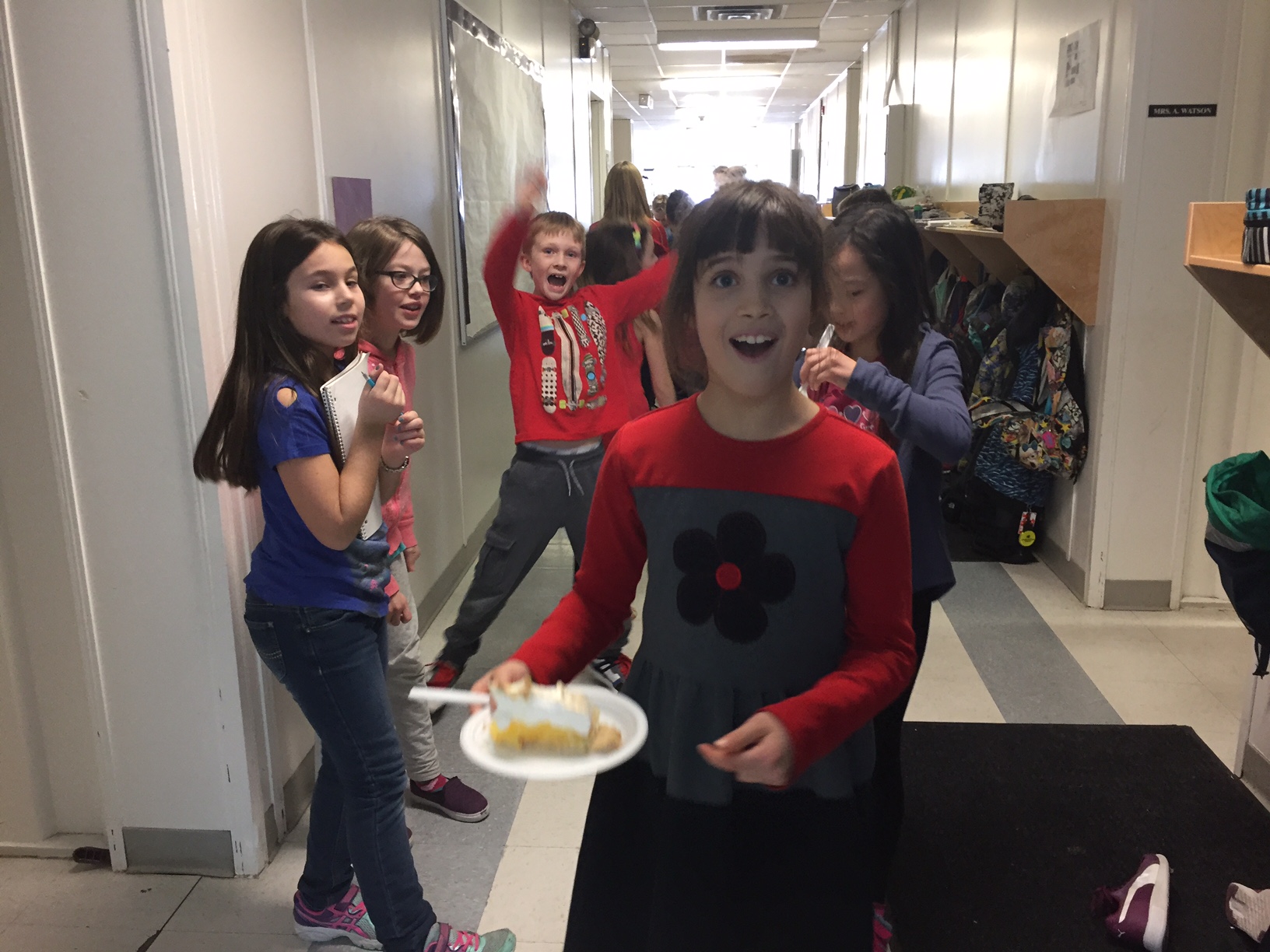 Pi is the ratio of the circumference of a circle to its diameter — which is approximately 3.14159. It is approximately that amount because the number of digits beyond the decimal point continues to infinity without a repetition of digits or a pattern.

While Pi has been calculated to over one trillion digits, students at NHS were asked to memorize Pi to far fewer digits than that. Last week, students from each division  (K-3, 4-6, 7-9) were challenged to memorize Pi to a predetermined number of decimal places. Students who were able to recite Pi were awarded with a slice of  real pie today on Pi Day.

Thank you to the Student Council for organizing Pi Day.