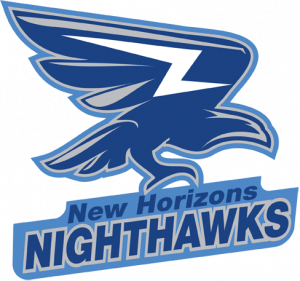 The New Horizons boys and girls Nighthawks basketball teams ended their seasons on Thursday, February 23 by finishing in the medals on our home court. It is the first time NHS has hosted league final games.

The boys team faced the St. Theresa Hawks in the gold medal game. They held their own against St. Theresa but eventually came up short in a 45-29 loss and captured the silver medal.

This is only the second year that NHS has had sports teams, and for each team to capture a medal is something to celebrate!

To the players, congratulations on your achievements. You have worked hard all year, and you have earned the medals that you received. You have made us all proud.

Finally, thank you to the Elk Island Catholic School Sports Council for including us in your league. Your welcoming spirit has helped our students experience an important aspect of school life. 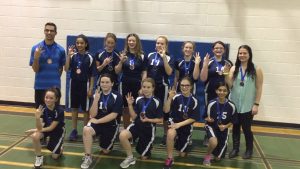 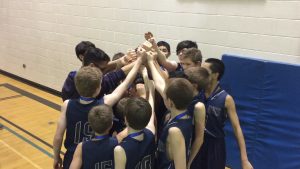 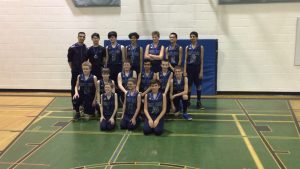