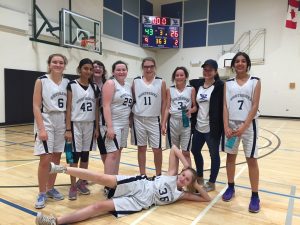 The NHS Nighthawk basketball season has begun! The girls team had their home opener and first game of the year against the Holy Spirit Heat. After a few basket exchanges in the first quarter, the Nighthawks slowly pulled away and defeated the Heat 43-26.

The girls play the Heat once again at home on Thursday after school. 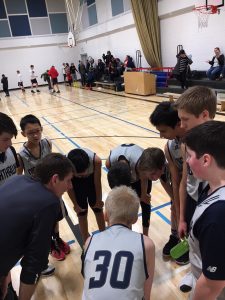 The boys played their home opener and first game of the year when they hosted the St. Luke Mustangs on Tuesday. The Mustangs came on strong in the first quarter and took a commanding lead. The boys held their own in the final three quarters, but could not make up the baskets and lost to the Mustangs 57-36.

Next action for the boys is Thursday at Holy Spirit.