In just our second year having a girls volleyball team, our Nighthawks have made the playoffs this year, and we are now going for a bronze medal. Read more on our Athletics Page.

Halloween is on Monday, October 31. New Horizons will be participating in the day.

Our Grade 5/6 Nighthawks Volleyball Team was invited  by Elk Island Catholic Schools to play in their mini- volleyball tournament that was held today.

The mini-tournament brings teams from other schools together to play in modified volleyball games. The goals of the event are to participate, to practice some skills, and to enjoy the game. Therefore, no score was kept and each game lasted for 40 minutes.  Based on all the smiles and cheers from all the teams and their fans, the goals were certainly met.

Our mixed teams played exceptionally well in both of their games against two different teams from Holy Spirit Catholic School.  Besides skill, our teams showed team spirit and, just as importantly, had fun playing the game.  Thank you, parents, for ensuring the players could be there to be a part of it.

Thank you to Elk Island Catholic Schools for inviting us to this exciting event.  Thank you also to Holy Spirit Catholic School for being wonderful hosts and providing student leaders to run the games. Those students did an impressive job!

We  decided to take a  team photo after Team 1’s game,  but unfortunately some team members had already left. Apologies go out to those students. We will be sure to get you in the photo at the next mini-tournament on November 25.

Results for the June 2016 administration of the Provincial Achievement Tests (PATs) were released on October 7, 2016. Results for students enrolled at New Horizons School, as well as for the province as a whole, are presented in the table blow.

The table  shows the results achieved by students in the June 2016 PAT administration, first for students enrolled at New Horizons School and then for students in the province as a whole. As well, for comparison purposes, results for the previous four years are also included.

As you will see in the table below, our students have consistently achieved at a high level on the PATs, when compared with students across the province. Although we are pleased to see this generally high level of achievement, the administration and teaching staff of the school will review the results to identify specific areas of weakness. The school’s Education Plan, which guides the school’s instructional program and which is approved by the Board of Directors, will then be adjusted in accordance with this analysis. 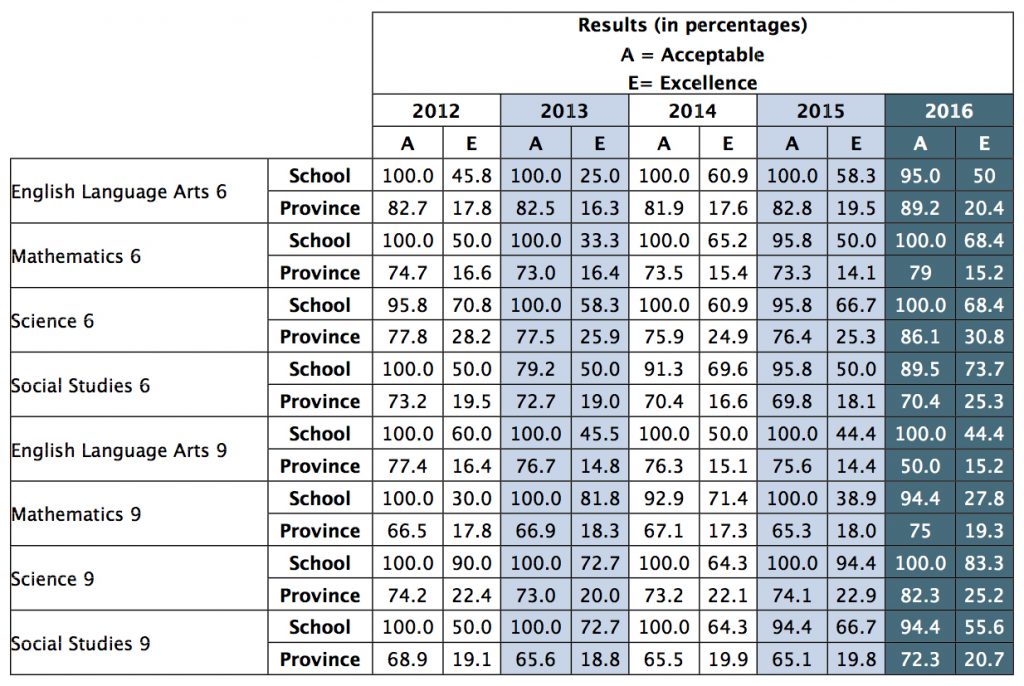 At the NHS Volleyball Tournament this weekend, both the boys and girls teams advanced to the finals. While both teams came up short in the final game, they walked away from our first volleyball tournament with second place. We are very proud of our NHS Nighthawks for not only playing so well, but also for playing with team spirit and sportsmanship throughout the tournament.

A big thanks goes out to all the coaches and parents of the visiting teams from the Capital Region for attending our tournament and making it a successful event.

Thank you to our coaches, Mr. Craig and Ms. Wygiera for organizing our first ever tournament. Of course, a tournament is not complete without a concession – hats off to Mrs. Hamilton and Mrs. Lafreniere for organizing it, and the students and parents who ran it.

We are proud of you Nighthawks! Well done! 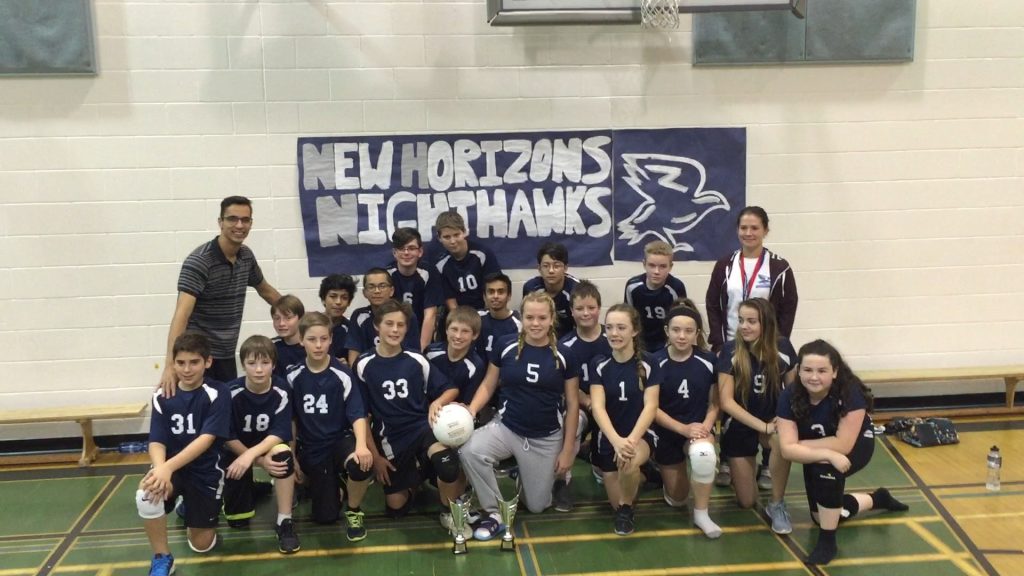